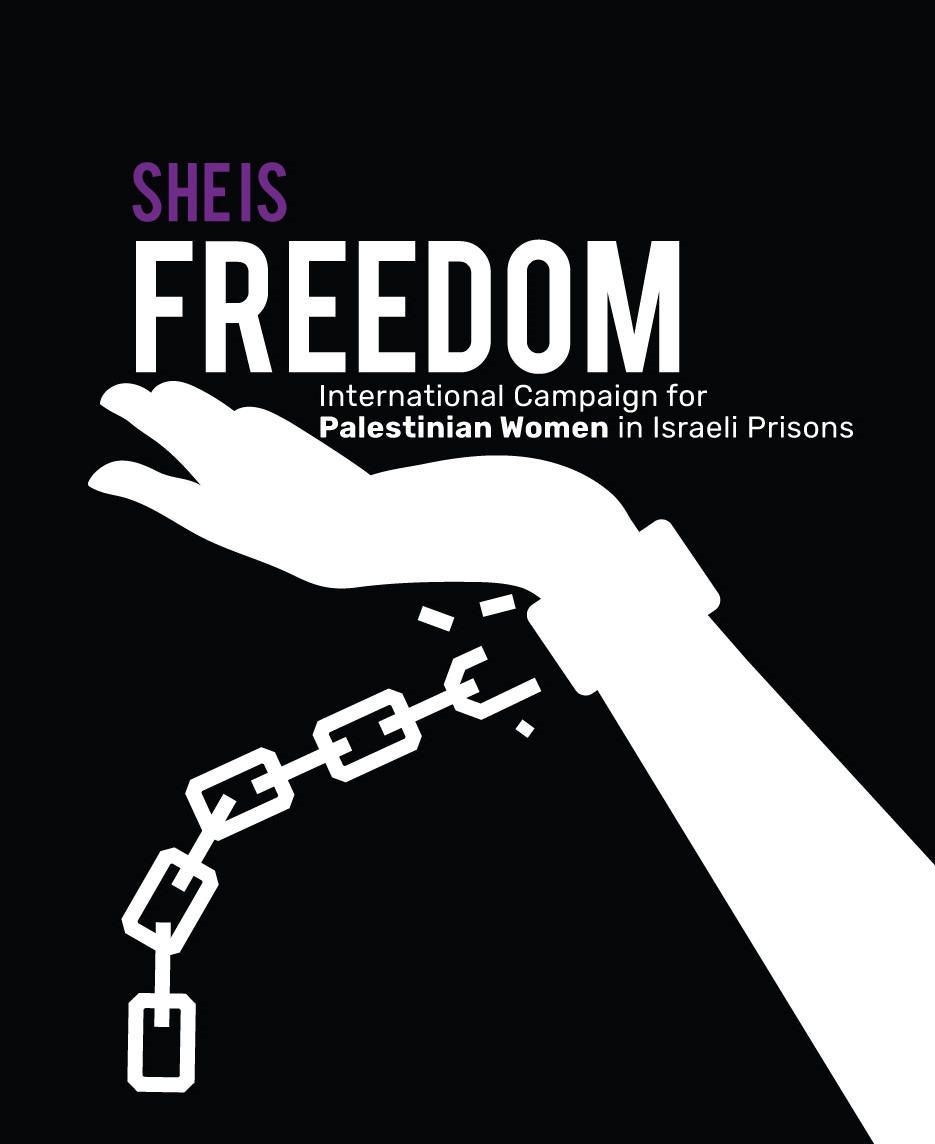 To commemorate the International Day for the Elimination of Violence against Women, in the framework of the annual international campaign of 16 days of activism against gender-based violence, we want to focus on the harsh conditions of detention that Palestinian women face in Israeli prisons.

We reproduce a translated excerpt from the communiqué of our UPWC partners together with other organizations, reporting on the violation of the rights of women held in Israeli prisons.

As the world marks International Women’s Day on 8 March, 32 Palestinian female prisoners are denied their most basic right to freedom as they continue to be held in Israeli occupation prisons, under deleterious conditions, subject to torture, ill-treatment, medical neglect, and the violation of their rights and dignity. Whereas 17 female prisoners continue to serve their sentence, 14 others are incarcerated pending their trials in Israeli military courts that lack any fair trial guarantees. Among them are 11 mothers, six wounded female prisoners, 11 sick prisoners suffering from varying medical illnesses and conditions, one child, and one female prisoner held under administrative detention without charge or trial.

Palestinian female prisoners are subject to cruel and inhuman treatment from the very first instances of their arrest, where they are violently arrested by Israeli Occupation Forces (IOF)  in the early hours of dawn from their homes, in front of their families and children, at military checkpoints, or while visiting their children in prisons. The majority of Palestinian female prisoners are subjected to some form of psychological torture and ill-treatment throughout the process of their arrest and detention, including various forms of sexual violence such as beatings, insults, threats, strip searches, and harassment.

Upon their detention, Palestinian female prisoners are generally held in extreme conditions in Damon Prison. The prison dates back to the British mandate when it was originally built to store tobacco and operate as a horse stable. As such, the facilities were designed to absorb and retain humidity, which only exacerbates the harsh living conditions and suffering of female prisoners. In addition, the installation of surveillance cameras in certain prison cells and in the prison yard constitutes a flagrant violation of female prisoners’ privacy and bodily integrity, particularly for those who wear a headscarf. More still, at times, Israeli male soldiers’ arbitrarily accompany routine inspections, without warning the female prisoners, compounding upon the perpetuation of gender-based violence. The Israeli Prison Services have placed an absolute ban on educational books despite prisoners’ attempts to bring in university books to continue their education.

Most recently, on 14 and 15 December 2021, Israeli Prison Services (IPS) launched an assault on female prisoners in Damon Prison, with Israeli special forces raiding cells, physically assaulting, beating, and dragging Palestinian female prisoners to other cells. In addition, as an arbitrary and punitive measure, IPS instituted a series of collective penalties against the entirety of the female prisoners including the solitary confinement of the female prisoners’ representatives, bans on family visits and access to the prison canteen, and high monetary fines.

Palestinian female prisoners are deliberately isolated from the outside world, with no manner for regular communication, despite years of struggles waged by the prisoners movement demanding the installation of public telephones inside the prisoners’ section. The outbreak of COVID-19 only exacerbated the isolation of Palestinian female prisoners. Since the beginning of this year, following the IPS’ attack on Damon Prison in December 2021, 15 female prisoners were infected with COVID-19, where they were held in isolation cells together. In line with their systematic practice of deliberate medical negligence and ill-treatment, IPS neglected to provide necessary hygienic supplies, vitamins or medicine, only providing a limited quantity of vitamins and supplies following demands by the female prisoners. Some of the sick prisoners showed mild symptoms, whereas others were afflicted with severe symptoms including high fever, vomiting, emaciation, and the loss of taste and smell.

Over the past two years, Israeli occupation authorities have increasingly targeted Palestinian youth and students through an uptick in mass arbitrary arrests and detention of Palestinian students and the designation of student groups as “unlawful.” Most notably, a number of Palestinian female students have been arbitrarily arrested and subjected to ill-treatment, including physical assault, psychological torture, and gender-based violence. Among them are Birzeit University students Layan Kayed (23 years old), Elyaa Abu Hijla (21 years old), Ruba Asi (20 years old), Layan Nasir (21 years old), and Shatha Hassan (22 years old).

In parallel, Israeli occupation authorities have escalated their blanket and unprecedented attack of Palestinian civil society organizations (CSOs) and human rights defenders (HRDs), as exemplified by the arbitrary criminalization of six leading Palestinian CSOs, including the Union of Palestinian Women’s Committees (UPCW). Since November 2020, IOF has arbitrarily detained Palestinian HRD, feminist, and the President of the UPCW, Khitam Sa’afin. Khitam was first arrested and held for eight months under administrative detention, whereafter the Israeli military prosecutor submitted an indictment against Khitam, under a long set of inflated charges relating to her leadership in UPCW and civil society work.  She was sentenced on 13 February 2022 to 16 months of imprisonment.

Similarly, on 7 July 2021, IOF stormed the house of HRD Shatha Odeh, violently arresting her and transferring her to Ofer Prison. Shatha Odeh serves as the Director of the Health Work Committees (HWC), the largest Palestinian non-governmental organization providing health services for hundreds of thousands of Palestinians. The arbitrary charges levied against Shatha primarily revolve around her leadership role in the HWC and reflect an increasing brazenness by Israeli occupation authorities in criminalizing Palestinian HRDs and CSOs that challenge Israel’s entrenched settler-colonialism and apartheid regime and work towards achieving international justice and accountability 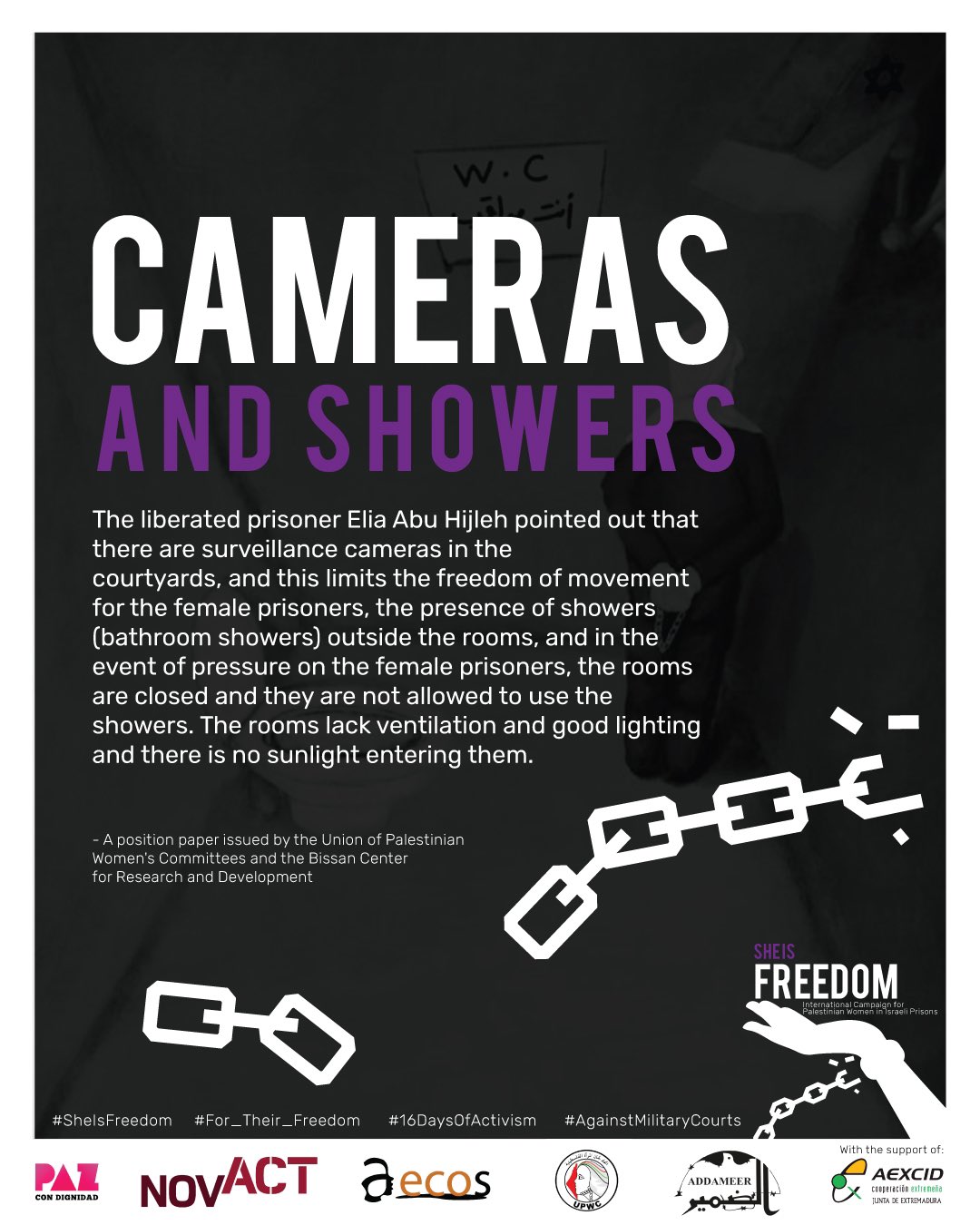 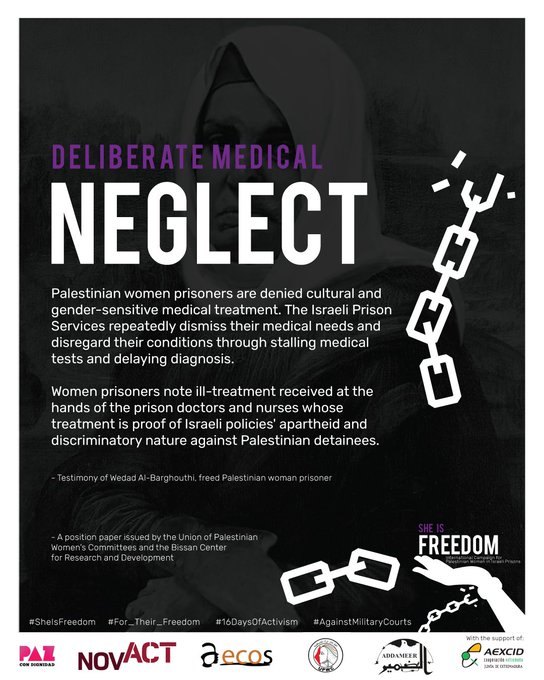