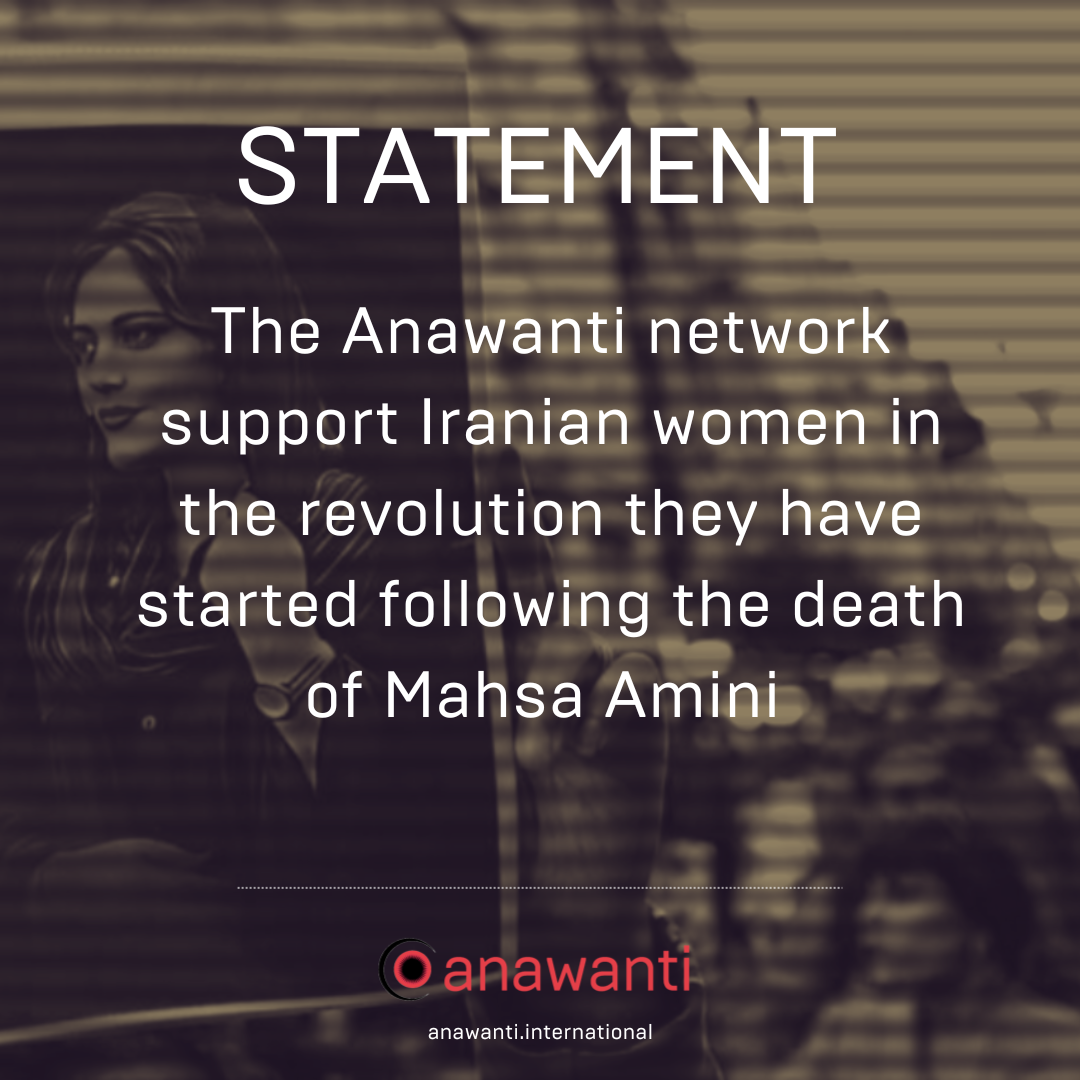 The organisations of the Anawanti network support Iranian women in the revolution they have started following the death of Mahsa Amini. We admire their resistance and determination on this path to freely decide about their lives and defend their rights.

Since 16 September, the day the death of young Mahsa Amini in police custody in Tehran became known, a wave of protests has been unleashed in Iran, under the slogan “woman, life, freedom”, demanding rights and freedom for women.

Mahsa Amini was arrested by Iranian police for failing to comply with regulations requiring her to wear the veil in public spaces. She died after three days, and her body showed signs of torture. Since then, more than 249 people (including 29 children) have been killed by security forces as a result of being in the context of the protests, according to Human Rights Iran. https://iranhr.net/en/articles/5535/

The veil is not the only concern for Iranian women. In addition to dress regulations, the current Iranian regime subjects women to numerous discriminations, such as needing permission to marry, work, travel, open a bank account or inherit, for which they depend on the will of the head of the family.

The organizations of Anawanti network support all women who have embarked on a path of emancipation from patriarchy, which is a global system, although in each country it expresses itself in different forms. We also express our respect and support for those women who of their own free will choose to wear a veil, as they wish: feminisms stand in solidarity with women’s emancipatory movements and their right to decide freely about their lives, without imposing forms.

ANAWANTI is an international network of feminist organisations for a life free of violence made up of organisations and women from El Salvador, Honduras, Guatemala, Morocco, Palestine and Catalonia. We are articulated from the recognition of diverse feminisms and from an intersectional perspective that allows us to support each other in the face of the multiple oppressions that affect us, including colonialism and racism.