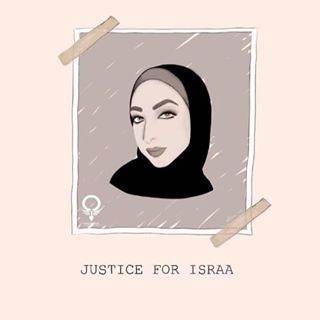 At a time when Palestinian women are struggling for independence, freedom and justice, the series of killings and violence against women continues, the latest of which is the death of young Israa Ghareeb in circumstances that are not yet clear. Since the beginning of this year, 18 women have been killed, which requires serious review to identify gaps and causes. The real behind the perpetration of these crimes.

The case of Israa Ghareeb, which shocked our conscience and afflicted us like its predecessors, women and girls who dreamed of a safe life in a society free from violence and injustice.

Pending the completion of the investigation and the announcement of its results by the competent authorities, we at the General Union of Palestinian Women and Women’s Organizations emphasize the following:

The General Union of Women on Monday called on the government to expedite the promulgation of the Family Protection Law against Violence, review the components of the social protection system, and its measures and raise the level of coordination among partners in order to provide the necessary protection, and strengthen protection and accountability.

This came during a vigil organized by the Union and women’s institutions and centers, in front of the Cabinet in Ramallah, coinciding with the convening of its weekly session.

The demonstrators chanted slogans and waved banners demanding the government to pass the Family Protection Act against violence and enact relevant legislation following the death of Israa Gharib.

The Union called on its secretary, Mona Al-Khalili, the government and security services, not to tolerate any social practice that would legitimize violence, and what they called the abusive use of religion under different names, the most important of which is sorcery.

It also called for reviewing the work of the protection centers, activating the tools of preventing violence through the development of education systems and implementing effective policies and measures, enhancing community awareness to document, monitor and report cases of violence, and raising the level of family awareness.

In turn, Minister of Women’s Affairs Amal Hamad said that the government has instructed the prosecution committees to follow up the investigations, expose the society and women’s institutions to the results without any equivocation, and punish those involved in case the crime is proven.

Hamad confirmed that the Cabinet issued a decision to work on the Penal Code, in order to criminalize the offender and protect women, and to continue to work tirelessly on the Family Protection Law.

She also stressed that the Ministry has worked on preparing a memorandum on the most important steps and measures that must be taken to establish an integrated system that protects women and girls in all magazines.

For her part, called feminist activist moderation Jariri to enact a law to protect the family, until the Legislative Council convened to issue the law in accordance with legislative principles.

Al-Jariri told Watan that the pause came to demand the adoption of deterrent laws against the perpetrators of the murders.

She added that there have been 19 killings since the beginning of this year under the so-called crimes against the background of honor, stressing the need to enact deterrent laws to reduce them.