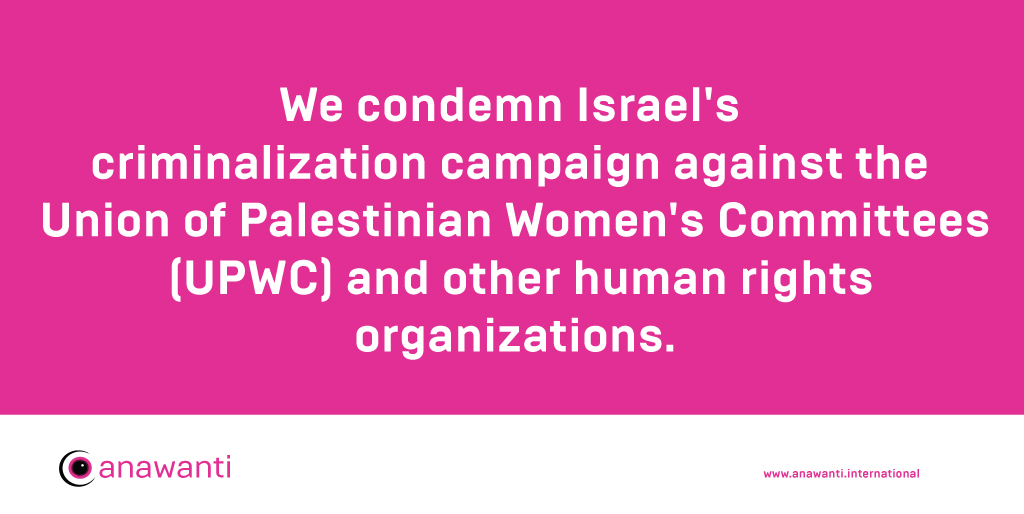 October 19, the Israeli Ministry of Defense labeled six Palestinian human rights NGOs as “terrorist organizations”. One of these organizations is the Union of Palestinian Women’s Committees, UPWC, member organization of the International Network of Organizations Against Male Violence, Anawanti,.

UPWC is a grassroots organization, made up of thousands of Palestinian women, which promotes the human rights of Palestinian women and strives to empower them to achieve true equality between men and women, as well as equity between all social classes. UPWC is also part of the Palestinian movement against the illegal Israeli occupation to achieve national independence and works against militarization, as well as all forms of discrimination, wherever they take place. Its work falls within the definition provided by the European Union in its Guidelines on Human Rights Defenders: “Human rights defenders are those individuals, groups and organs of society that promote and protect universally recognised human rights and fundamental freedoms. Human rights defenders seek the promotion and protection of civil and political rights as well as the promotion, protection and realisation of economic, social and cultural rights”.

This is not the first time that the State of Israel attacks the Union of Palestinian Women’s Committees. Its president, Ms. Khitam AlSaafin, has been detained since November 2, 2020, when the Israeli army raided her residence in Beitunia (West Bank). Khitam AlSaafin, who is also a member of the secretariat of the General Union of Palestinian Women and a recognized feminist activist, is the visible face of thousands of women and contributes with her work to denounce the consequences of Israeli policies against the Palestinian population and women.

The order issued by the Israeli Ministry of Defense last October 19, designing UPWC and five other Palestinian human rights NGOs as “terrorist organizations”, is an unprecedented attack, without evidence or legal basis, against the entire international community working for the fulfillment of human rights in Palestine. These are the organizations that in the first instance, denounce the Israeli occupation and apartheid practices also evidenced by international organizations such as Amnesty International and Human Rights Watch.

Therefore, the organizations of the Anawanti network express our total repudiation and condemnation of this campaign of criminalization and prosecution of Palestinian civil society organizations and, by extension, of international cooperation and humanitarian action in the Occupied Palestinian Territory by the occupying forces who, profiting the permissiveness of the international community, continues to breach with impunity its obligation to guarantee the rights of the occupied population.

We join the requests being made by various organizations, so that the administrations and international holders of obligations, according to international law, publicly and urgently condemn and sanction the persecution and repression, through the alleged criminalization of Palestinian organizations by the state of Israel.

ANAWANTi NETWORK – FEMINIST ORGANIZATIONS OF CENTRAL AMERICA AND THE MEDITERRANEAN FOR A LIFE FREE OF VIOLENCE– anawanti.international 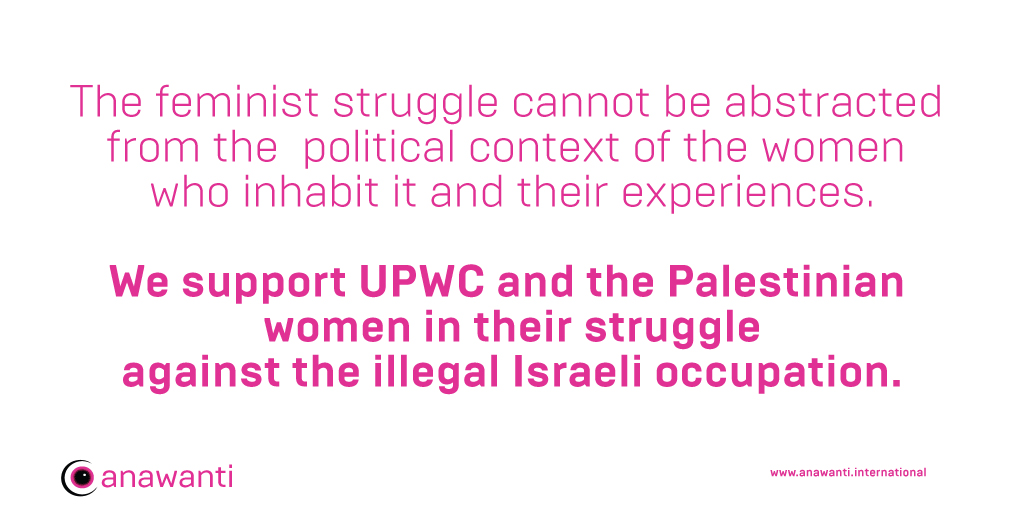 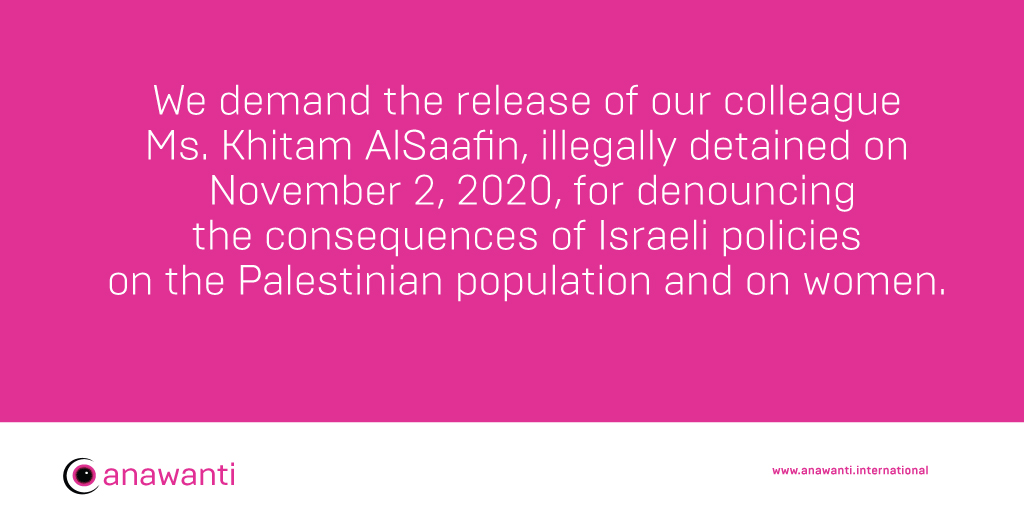 REACTIONS AT THE INTERNATIONAL LEVEL:

#EU is taking very seriously the listing by #Israel of 6 #Palestinan organisations. #EU is engaging with the #Israeli authorities. The #EU will continue to stand by international law and support CSOs who have an important role in promoting #HumanRights and democratic values.

I am outraged by news that #Israel designated six #Palestinian human rights NGOs as “terrorist organizations”. Defending human rights, calling for accountability, fighting against arbitrary arrests, is a legitimate work and must be respected, not shut by flawed terrorism laws.

– Statement of repulsion from 21 organizations in Israel:

It’s also an obvious move by the Israeli government to evade accountability. This attack is an attempt to silence groups like @alhaq_org, @DCIPalestine, and @Addameer, which are tirelessly and meticulously documenting the crimes of Israeli apartheid.

Israeli MOD's decision to designate six Palestinian Human Rights NGO's as terrorist orgs is a declaration of war on the entire HR community. In Palestine, In Israel and around the world. It is an act the Netanyahu governments did not dare to carry out, and it was executed /2